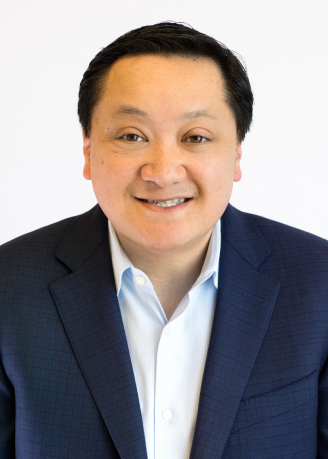 Board Certified in Internal Medicine

Born in Saigon, Vietnam as the youngest of eight children, Quang T. Le moved to the United States with his family at the early age of three. He is fluent in both English and Vietnamese. In 1996, he successfully completed his undergraduate work at Dallas Baptist University with a Bachelor of Science in Biology with a minor in Chemistry.

After Dr. Le earned his medical degree from the University of North Texas Health Science Center College of Osteopathic Medicine in Fort Worth in 2001, he went on to complete his internship and residency at Plaza Medical Center in Fort Worth, where he also was elected into the distinguishing role of Chief Resident Physician.

Dr. Le strongly believes in keeping current with the ever-changing field of medicine. In addition to giving educational medical lectures throughout the Fort Worth community, he also plays an active role in the education of medical students and residents. Dr. Le voted one of the Top Docs in Fort Worth by Fort Worth Weekly magazine.

Dr. Le is married with two daughters. He also has two black labrador-golden retriever dogs, three cats, and one cockatoo bird. He enjoys being part of the big family, spending time, and traveling with them. 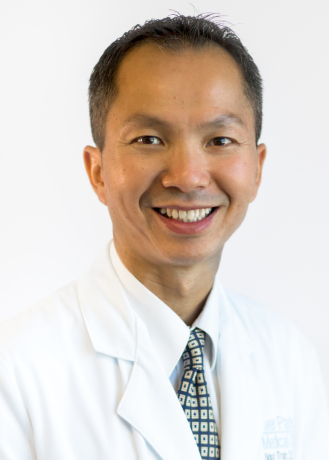 Board Certified in Internal Medicine

Dr. Tran worked at John Peter Smith for ten years. He made his decision to join River Park Medical Clinic so he could have a longer term relationship with his patients in private practice. He feels strongly that patients that are acutely ill in the hospitals should be seen by doctors that are familiar with their history. Dr. Tran attends hospitals and nursing homes to provide that continuity of care for the patients.

Dr. Tran enjoys spending time with his family and friends. He is a football fan of the Longhorns and still enjoys going to games with his family in Austin. His wife is also a physician and they both joined River Park Medical Clinic at the same time. They have four sons and enjoy camping as a family during their free time. 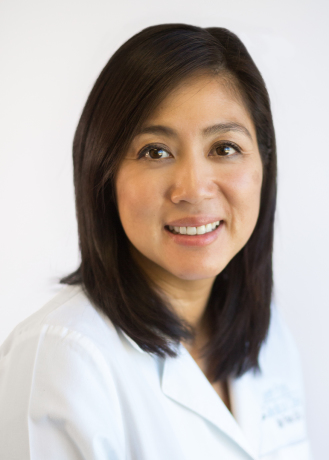 Board Certified in Family Practice

Dr. Tran worked at John Peter Smith and Texas Health Physician Group for nine years. She has a strong passion for care of the elderly and made her decision to join River Park Medical Clinic so she could attend to her patients in nursing homes and assisted living centers. Her work in these facilities will allow River Park Medical Clinic to continue to care for our patients outside of the office and hospital settings.

Dr. Tran is married to Dr. Ngoc Tran who is also part of River Park Medical Clinic. She enjoys skiing with her four sons and going on their annual skiing trip. She is a talented pianist as well as a skilled tennis player. Dr. Tran and her husband have won several trophies in tennis tounaments.

Board Certified in Family Practice

Dr. Burkholz completed her Bachelor of Science in Neuroscience at Brigham Young University in 2009. She earned her medical degree from the school of Midwestern University College of Osteopathic Medicine in 2014. She completed her Family Medicine Residency at Plaza Medical Center in Fort Worth.

Dr. Burkholz joined River Park Medical Clinic after her residency. She served as the chief resident at Plaza Medical Center Family Residency. She had a special interest in adult medicine. Dr. Burkholz enjoys caring and offering preventive medicine for her patients in a clinic setting.  Her decision to join River Park Medical Clinic was strongly base on the idea that she wanted to be part of a clinic that offered comprehensive care to her patients.

Dr. Burkholz enjoys spending time with her family and friends. Her husband is also a physician and they have two children. They enjoy outdoor activities with their children including skiing in Colorado. She also enjoy being a mentor to students interested in the medical field. 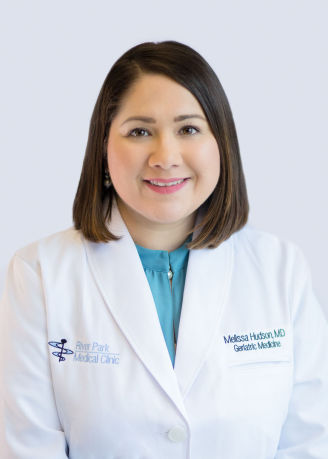 Board Certified in Geriatric Medicine

Dr. Hudson completed her Bachelor of Biology at University of Texas at San Antonio in 2006. She earned her medical degree from University of Texas Health Science Center at San Antonio in 2012. She completed her Family Medicine Residency at John Peter Smith Hospital in Fort Worth. Dr. Hudson did a fellowship at John Peter Smith with specialization in Geriatric Medicine.

Dr. Hudson joined River Park Medical Clinic in 2018. She was previously in academic medicine where she served as a professor in medicine and was involved with teaching medical students. Dr. Hudson fellowship allowed her to receive additional training in geriatric medicine. As a geriatrician, she is a doctor who specializes in the diagnosis, treatment, and prevention of disease and disability in older adults.

Dr. Hudson enjoys spending time with her family and friends. She and her husband are true Dallas Cowboys fan.  She enjoys reading in her free time. She also enjoy being a mentor to students interested in the medical field. 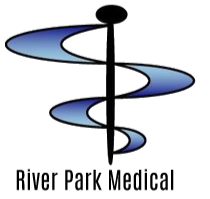